The village is listed in the Domesday Book as Turchitelestone. The name suggests Danish occupation of an existing Saxon settlement: “Thorketil” is a Danish name, and “tun” an Anglo-Saxon term for a settlement.

From the Domesday entry we learn that in 1066 the Lord of the Manor was Leofwin. By 1086 the Lordship had passed to Hugh de Grandmesnil (who had come over with William the Conqueror and been rewarded for his service with large swathes of land, much of it in Leicestershire). The value of the demesne was 30 shillings in 1066 and £4 in 1086.

Ploughland, woodland and a mill are also listed, but no meadow or livestock.

All 30 households listed were unfree peasants. They had to work for the Lord of the Manor and were not free to leave. Their (very limited) rights depended upon their status.

Thurcaston’s first stone church (which was probably preceded by a wooden one) was built soon after 1066. Only the south doorway of this church still exists.

The oldest signs of settlement are situated in the area immediately around the Church. To the northwest of the church there are remains of two embanked fishponds. There are traces of old village houses to the north and south of the church.   These may have been abandoned after the Black Death in the mid 14th Century.

The village expanded along what is now Anstey Lane and Mill Road. 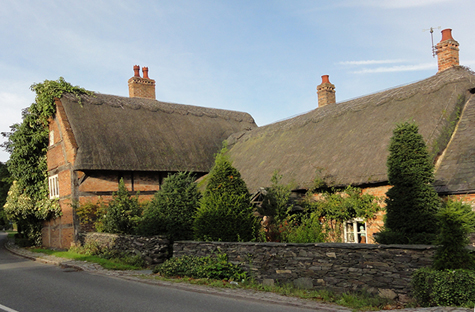 Hugh Latimer was born in Thurcaston at the end of the 15th century. He was a prominent Catholic who converted to Protestantism. He was in and out of favour with Henry VIII: becoming Bishop of Worcester, but later imprisoned twice in the Tower.   In 1555, during Mary’s reign, he was tried and burned on the stake for his beliefs.   He was one of the Oxford Martyrs (with Ridley and Cramner).

The central part of the house now known as “Latimer’s House” was built at this time. There is no evidence that this was the house in which Latimer actually lived. 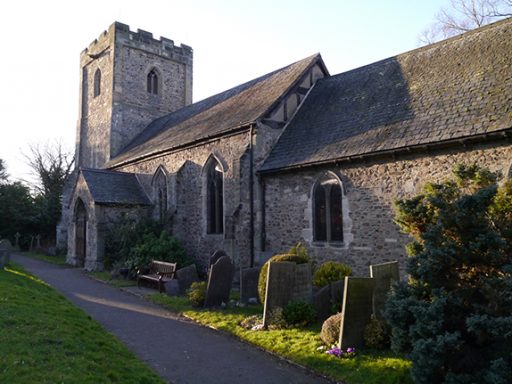 In 1564, Queen Elizabeth granted property in Thurcaston and the advowson (the right to appoint the Rector) to Richard Robson of London who sold these to a member of the Grosvenor/Gravenor family in Cheshire.  In turn, a Nicholas Gravenor sold the advowson to Sir Francis Walsingham in 1583/4.   Sir Francis immediately gifted the advowson to Emmanuel College, Cambridge.   The college, which had been founded that year, trained ministers in the Puritan ideology.   The Rectors appointed were distinguished men from the College. Emmanuel still has a share in the appointment of Thurcaston Rectors. 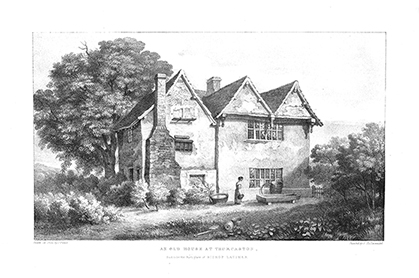 Meanwhile, in 1568, Nicholas Gravenor built a Manor House in the village.  John Flowers, known as “The Leicester Artist”,  included a picture of it in “Views of Ancient Buildings in the Town and County of Leicester”, published in 1826 (see picture).   He described a carved beam over one of the windows with the inscription:

“This hows was boylded anno D.M.1568, and in ye. 1 yer of ye. rang of owre Soverain-Ladye, Queen Elizabeth, by me Nycholas Graune”.   The beam was included in today's Manor House, built in the 19th century. 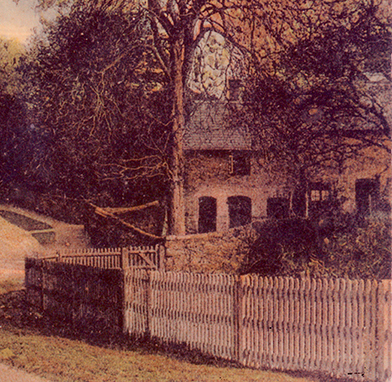 In 1715 the Rector, Richard Hill, founded a Charity School for children from Thurcaston, Cropston and Anstey (the latter was included in Thurcaston parish until 1866). 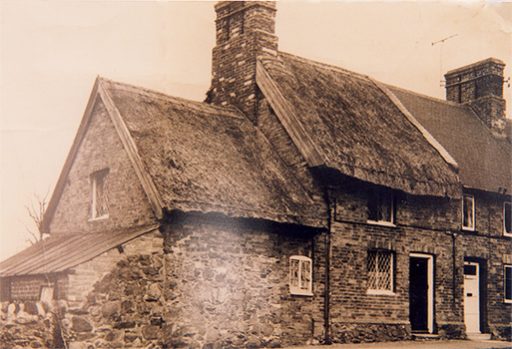 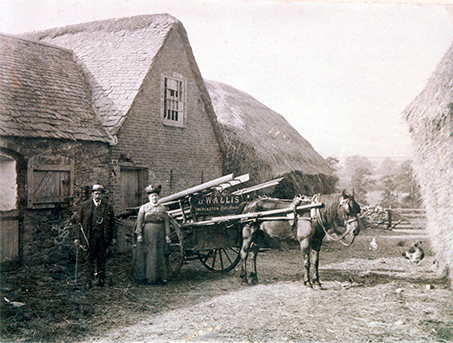 Thurcaston continued as a self-sufficient farming village with all the tradespeople required for a rural community. All but one of the 7 farms were on Anstey Lane or Mill Road. 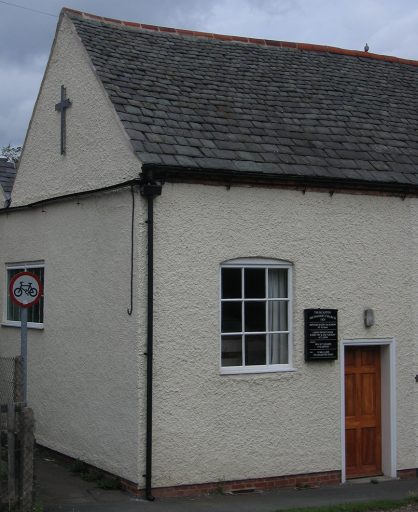 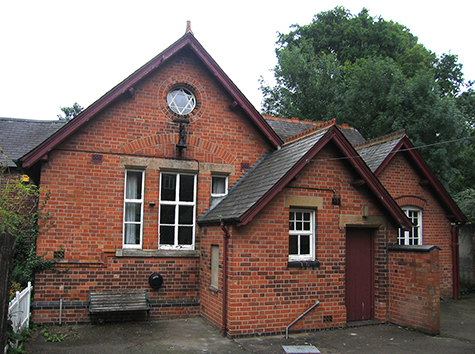 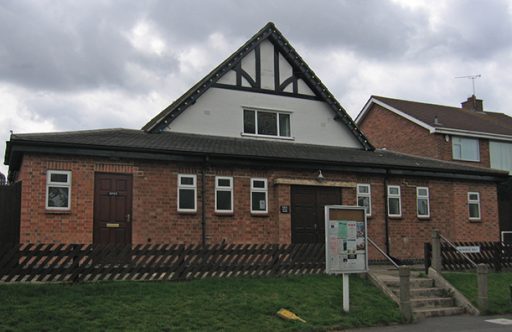 The Village Hall was built as Memorial to the men of the Parish who died in the First World War. 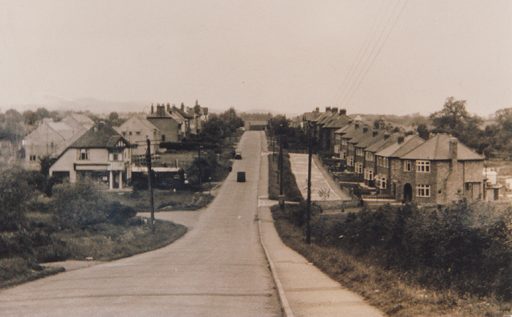 There was a huge expansion of village along Leicester Road and Rectory Lane. The cul-de-sacs of All Saints Road and Wallis Close (sheltered housing) followed later.

In the 1960s Richard Hill School was rebuilt on a much larger site on Anstey Lane.

The older parts of the village were designated a Conservation area in 1988.

This page is based on research by Margaret Greiff and Brenda Hooper.

The pictures were sourced as follows: