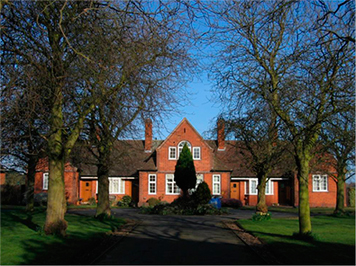 The Hind Sisters Homes are almshouses on Station Road, Cropston.

A plaque in front of the homes reads:

These houses were erected in memory of Sarah Jane and Henrietta Maria Louisa Hind, daughters of Henry Hind, one time owner of the Brand Slate Quarries at Swithland, in accordance with the will of the survivor, Sarah Jane Hind.

The Hind family was involved in the Swithland slate industry from the late 1600s and monopolised it during the 1700s. They leased, and later bought, The Brand, an estate in Swithland which included 3 slate quarries.  Other pits were leased from the Earl of Stamford (the Grey family of Bradgate).

The family grew wealthy and owned very large parcels of land in various parts of Leicestershire including at least 27 acres in Cropston.

In the mid 1800s, when the industry was no longer profitable, they gradually moved to Whetstone. The Brand was sold in 1851.

Henry (one of numerous Henry Hinds in the family) was the Hind Sisters' father.

Henry's parents were Thomas Hind from Swithland and Sarah Thornton from a Cropston farming family.  After their marriage in 1812 they lived briefly in Cropston, where their eldest son Henry was born. The family later moved to Lichfield and then Whetstone.

At the 1851 census Henry was living in Leicester with his wife and 2 children.  He is listed as an "unemployed" farmer's son.   This is an unusual phrase for censuses of that time. 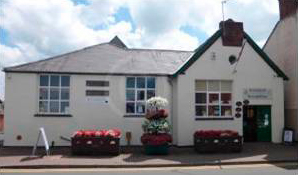 In around 1860 Henry, Sarah and family moved to Ibstock. They lived in the schoolmaster’s house at the National School which they ran.

Things did not go smoothly.   A few months after his arrival, Henry had an argument with the Rector. Henry was dismissed and forbidden to enter the school. Henry and Sarah took the pupils elsewhere to educate, but this doesn’t seem to have lasted long. The case later went to court.   Here are some extracts of the Rector’s evidence:

I had occasion to send for Mr Hind to my house, to speak to him about incompetency and wished him to use extra power, as he had not the slightest power over the children. They were disorganized both in school and at church: they used to crack nuts during the service.....

When given notice:
I saw the register that day, it was in his hand.   I tried to get it away from him: a struggle ensued and I let it go. I think he cried out “murder”, “mother”, or something of the kind. 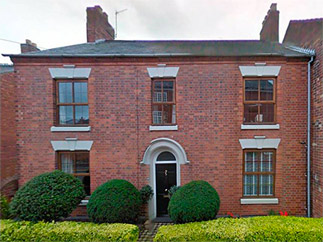 After that, Henry lived in the High Street, describing himself as a retired farmer. He presumably lived on income from his family.

This is the house in Ibstock where the family lived in the 1880s until Henry’s death in 1886. 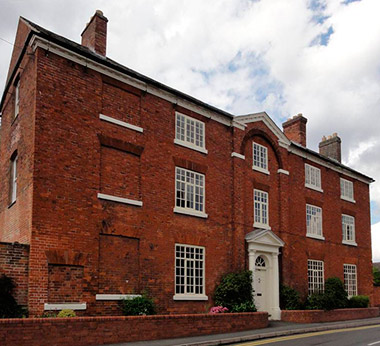 When Henry died the Hind Sisters inherited the property at Cropston and elsewhere.  In Ibstock, the Hind Sisters and their widowed mother moved over the road to Holmsdale Manor, a far larger house where they had 2 servants.   They still owned the house they used to live in.

In 1900 Henrietta died aged only 40 and Sarah Jane now lived on her own at Holmsdale Manor with 2 or 3 servants. She was now the sole owner of all her father’s property.

Sarah Jane was a large lady.   This is a memory from an Ibstock resident:

“Miss Hind always reminded us of Queen Victoria. She owned houses in Pretoria Road and used to go through the village to collect the rents in a pony and trap. There was a coachman on the front and we used to bow to her as she went through.”

Later, she was the first person in Ibstock to own a car.

Sarah Jane gradually bought up land and property in Ibstock and in Cropston.

In Cropston:
She bought additional land in Cropston as well as property, including The Bradgate Arms and a beer house, The Brewers Arms (closed in 1907).

She built a terrace of 4 houses, “Holmsdale Villas”.   This terrace includes the Old Post Office.

(This article does not include details of Sarah Jane’s landholdings elsewhere). 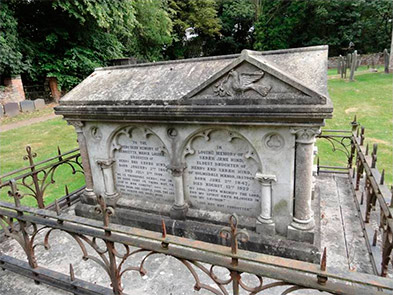 Sarah Jane is buried in Swithland with Henrietta and her parents.   Their large monument stands out in the graveyard, not far from the entrance.