The site of the former King William IV pub is in Mill Lane, opposite Vine House Farm. 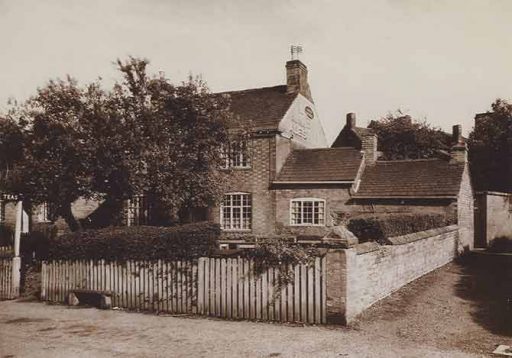 Various historic lists of the residents of Thurcaston contain the name of only one beerhouse keeper, presumably for The Wheatsheaf Inn, until 1841, when Benjamin Graves is identified as the publican of the King William IV Public House. As many pubs were named after the reigning monarch, it may be surmised that this hostelry was built between 1830 and 1837.

The William boasted a smoke room, tap room, snug and dart room all sharing one bar. The barmaid was expected to deliver the orders to all the rooms.

Both the King William IV and The Wheatsheaf were used to hold inquests on unexpected deaths in the village in the 18th and 19th centuries. The body was displayed in an open coffin in the bar and the jury of twelve men heard evidence of the cause of death before agreeing on a verdict. Afterwards, no doubt, they partook of a pint! 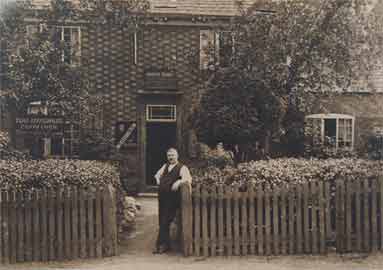 Joseph Harris outside the pub in 1915. The sign on the left reads "Teas and Refreshments Provided. Accommodation for cyclists"

Benjamin Graves brewed his own beer. He was also a boot and shoemaker. He left all the brewing equipment to his wife in his will. The Graves Family remained in the premises for the next fifty-four years.

The tenancy was then taken up by Joseph Harris, and changed hands again in 1938 when Leonard Wernham and family moved here from Leicester. His son Frank took on the tenancy when his father retired to live in the end-of-barn cottage next to Mill House Farm. Frank did not stay long in Thurcaston. His wife was a Londoner and couldn’t settle in a house which had no piped hot water, no central heating, and an outside toilet.

The earliest brewery to supply the William was the Leicester Brewing and Malting Company. It started life in Northampton Square as a small brewhouse run by members of the Hannam family in the mid 1820s. The firm grew steadily and the Eagle Brewery as it was known, moved to larger premises in Charnwood Street, then on the outskirts of the city, in 1870.

Room for expansion and a go-ahead management allowed the company to survive World War One and thrive in the 1920s and 30s. Its ‘Eagle’ symbol was a common sight on many Leicester pubs, the malting house being in Gresham Street.

However, in 1952 Ansells of Birmingham took over the firm and its 140 public houses. The Brewery survived only as a bottling plant and store until the early 60s. Ansells then merged with Tetley Walker and Ind Coope to form Allied Breweries in 1961. This company then merged with Carlsberg, the Danish lager giant in 1992 and is now known as Carlsberg-Tetley.

Interestingly when the householders on Leicester Road whose gardens backed on to the strip of land behind offered to buy it, the sale was arranged between them and the Leicester Brewery. 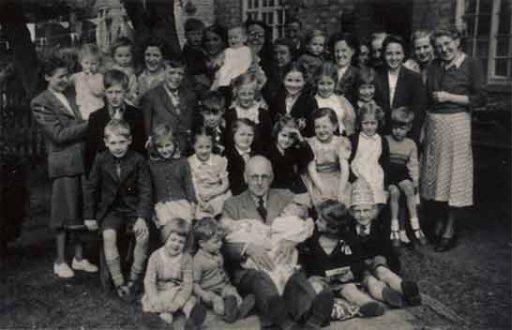 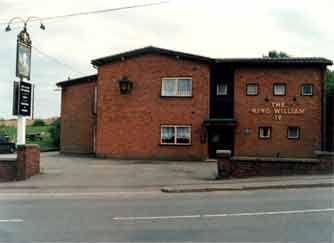 The old building was demolished in 1958. A new King William IV was built soon after on the original car park.

This second building was demolished in 1999 and houses built on the whole site from the original council houses to Mornhill Gap.