The Bridge on Mill Road, Thurcaston

There is no mention of this bridge in Thurcaston’s early records. Perhaps it had been a ford in earlier times. Village people remember being taken to the bridge as small children by their parents to feed the ducks. When they were older they swung across the brook and back on a thick rope which had been attached to a large over-hanging tree branch. 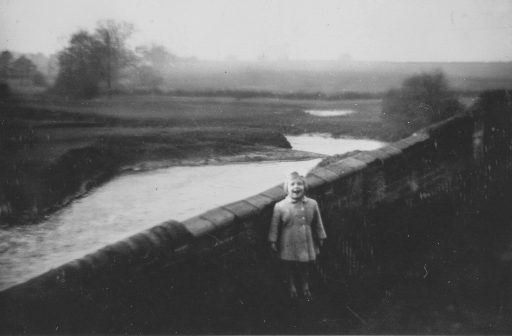 "Duck Bridge"Unknown date (1940s ?). The first houses at Cropston Top can just be seen on the horizon

The bridge was originally built with blue bricks and was known as the Blue Bridge. Like all the other roads in Thurcaston this one flooded regularly each year, and in 1900

‘the District Council was asked if a wooden bridge at each end of the bridge near the mill’ could be provided.  A footpath was also requested to be made ‘from the bridge to the Railway Station.     (Thurcaston Parish Meeting Minutes, March 23, 1900.)

This wooden walkway provided a handy meeting place for the boys in the village in 1960-70s who would gather there in their wellingtons and watch out for cars when Mill Road was flooded. Unwary drivers, seeing the boys standing in just a few inches of water assumed that it was safe to drive through it. Alas, they soon realised their mistake. When the car spluttered to a halt, the boys would offer to push the car out of the water --- for a fee of course!

The Blue Bridge was replaced, possibly in the 1950s. The licensee of the William IV organised a party to unofficially open the newly built bridge. 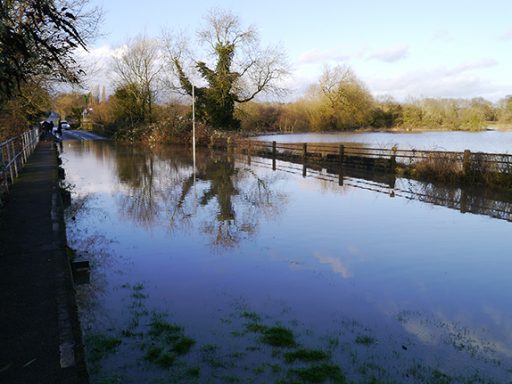 For many years Gladys was the Booking Clerk for the Memorial Hall and Lily was the caretaker. If you wanted to rebook the Hall you took care to leave the premises in pristine condition! Lily also led the Sunday School for the chapel in Mill Road.

Elsie, or Little Elsie as she was known was a tiny lady.  She liked to use the public telephone outside the Old Post Office on Leicester Road. When the lamp failed, she could be seen making her calls by candlelight.

George remembered seeing the cattle being driven from Cropston and beyond, along on the ‘green road’ (Brooky Lane) across the fields to the cattle market at Leicester.