Guild Close is on the site of the Guild Holiday Home in Cropston.

The home was built in 1925 by the Leicester Guild of the Crippled.   The Guild was founded in 1898 and has provided pioneering support for the disabled ever since. It has had different names, changing in line with the public attitudes which the Guild itself helped to shape. It is now called Mosaic (website).

The Guild had a long held a dream of providing a holiday home for its members. The site, just over 2 acres, was purchased at auction in 1923 for £1,010.   It was in the countryside, with beautiful views over towards Bradgate Park, and was within easy reach of Leicester. 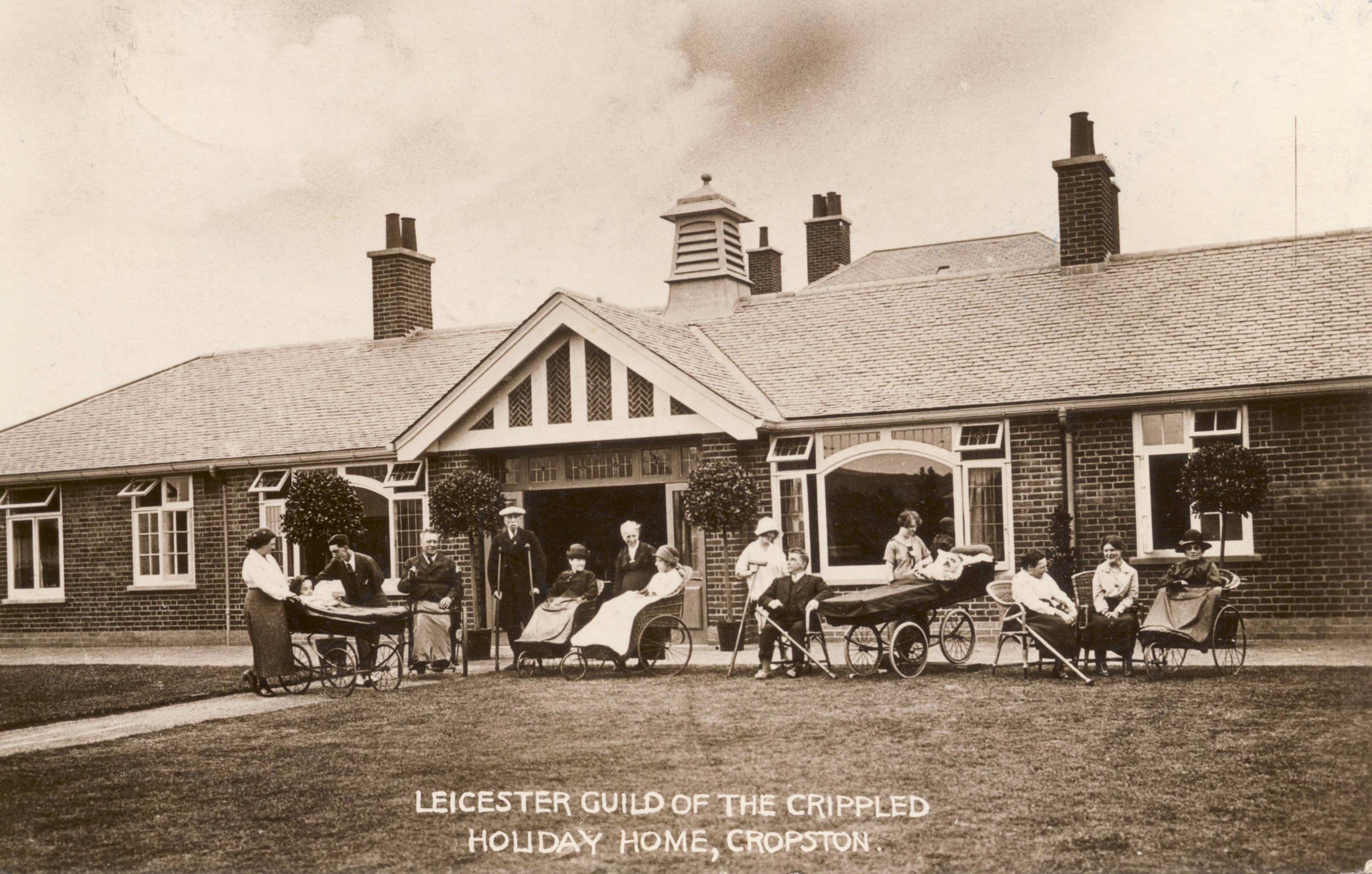 The holiday home viewed from the back in the late 1930s. Some guests are in spinal carriages (not prams) which allowed them lie flat.

From 1925 until its closure in 1991, the home was open between Easter and Christmas.   It provided breaks lasting between 10 and 14 days, for many their only holiday.   In 1977 there was a record number of 267 guests.  Later the numbers dropped off, as more varied holidays became available for the disabled. 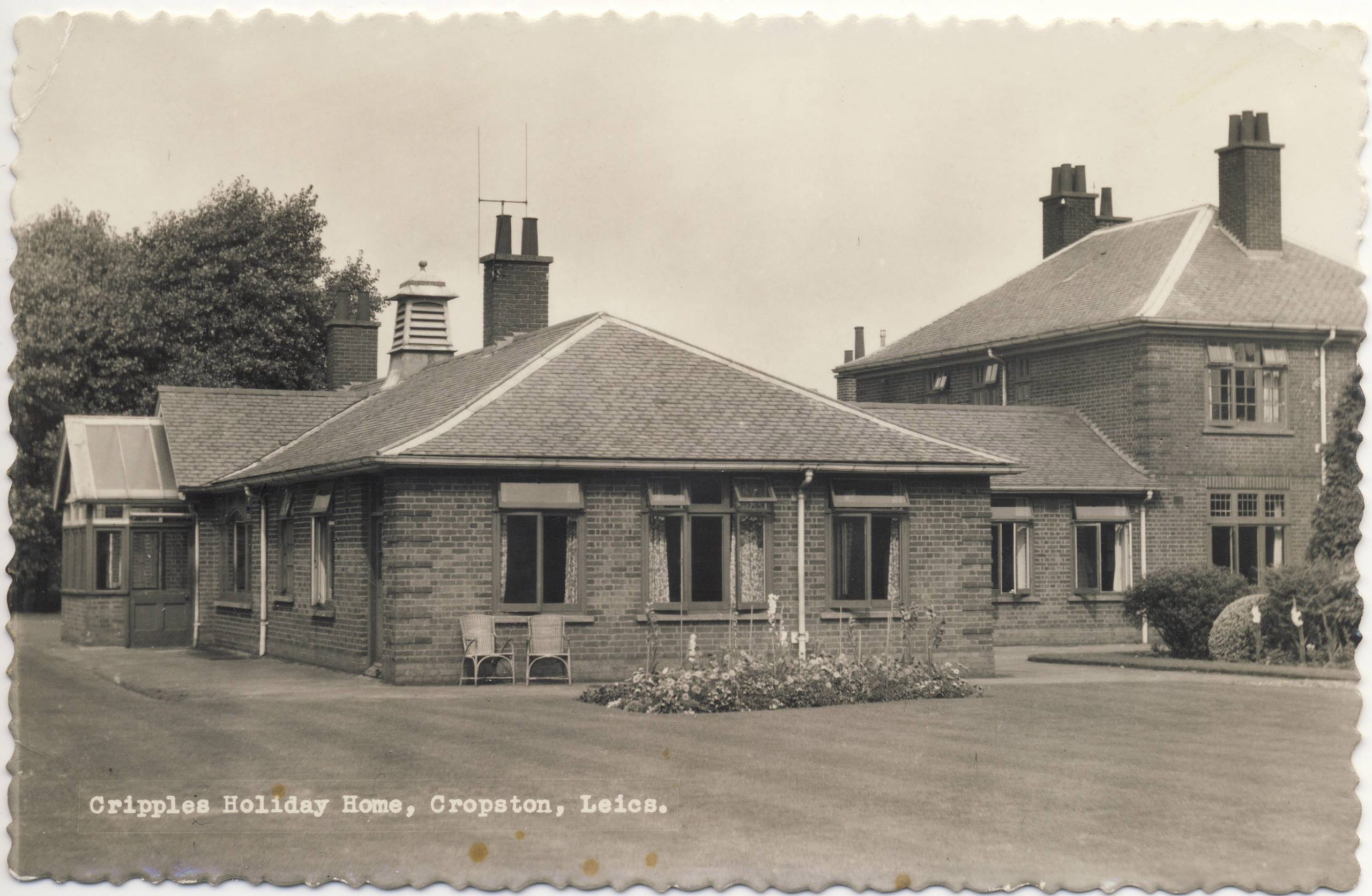 Side view of the holiday home, probably in the early 1950s before the single-storey rear section was extended.