The Untimely Death of a Cropston Landowner

Some branches of the Hind family become very wealthy from quarrying Swithland slate during the 18th and first half of the 19th centuries and owned large areas of land in Leicestershire, including some in Cropston.

Henry Hind (one of numerous Henrys in the family) did not belong to one of the wealthy branches.   He was born in 1834 in Sheepshed where his father was a farmer.

Henry had been in the English militia, but in 1860 he went to Italy to join Garibaldi, a key figure in the Italian wars of independence and the unification of Italy.  When Garibaldi’s legion was disbanded Henry settled in Naples.  He had no income.  At first he tried to earn a living by publishing an English language newspaper.  That wasn’t successful, so he rented a small cottage with a large garden and grew flowers to sell to hotels and on the local market.  He was helped by a gardener who lived in a separate part of this cottage.

In February 1875, whilst Henry was living in penury in Naples that he heard that he had unexpectedly inherited a large amount of land from his uncle, with an income of around £300 per year.  The inheritance included land in Cropston.  Henry was now a wealthy man and he planned to buy the house and garden in which he was living.

A few weeks later, neighbours heard an argument and Henry Hind shouting for help.   After a few days his gardener reported him missing to the British Consul.   The garden was searched by the local police with no success, including 2 wells helpfully pointed out by the gardener.  After the police had left the British Consul arranged a further search and a third well was found.   The gardener seemed very agitated at this discovery.   The police were recalled, and Henry’s body was discovered in this well.  He had been strangled, and the rope was still around his neck.  There were also 2 blows to his head. 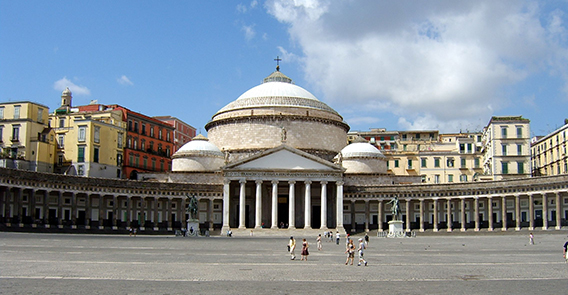 Henry’s gardener, Carmino Paesano, was arrested and tried for his murder.

The case attracted worldwide interest – it was reported in newspapers in Europe, Australia and New York.   In London questions were asked in Parliament about it.

There was much speculation about the reason for his murder.   His solicitors gave their opinion in a letter to The Times, mentioning that the Camorra (a branch of the Mafia) was active in the region:

“There is much reason to believe that Mr Hind was murdered by order of the Secret Society of Market Gardeners in Naples.  His great skill in the cultivation of flowers had enabled him to undersell other florists, and a deputation from that society had, shortly before his death, waited upon him and demanded that he should raise his prices, which he had refused to do”.

Another possible reason was personal animosity.  During the trial, which opened on 7 September, several witnesses testified that Paesano was lazy, incompetent and defrauding his master.

One of the witnesses was Count de Montford, a close friend of Henry Hind, who was married to an English lady:

“The Count admitted that Mr Hind had a theory that servants in this country should be treated roughly and candidly confessed that it was also his own opinion.  The statement was not favourably received by the lower class representatives in the crowded hall, and their dissatisfaction had to be checked”.

The court was packed each day, with another 500 people outside:

“The court was crowded long before the time announced for the beginning of the trial and the galleries, which can only be entered by persons supplied with tickets, were actually thronged with ladies, mostly English, and some of the best Neapolitan families now in town.  An extra picket of infantry had been provided to preserve order amongst the rougher class of spectators who occupied every corner in the rather diminutive hall in which the Naples assizes are held”.

Henry Hind’s family employed Signor Pessina, a well-known orator.  This is an extract from his speech:

“Henry Hind, setting aside all obstacles, severing family ties, and incurring the displeasure of friends at home, unselfishly abandoned all his prospects to offer his services to Garibaldi, the then hero of the day.  Henry Hind accompanied the great condottiere to Naples, which he contributed in his limited sphere to free from the hated yolk of misgovernment and the tenebres of ignorance.  He  Henry Hind must therefore not be considered as a foreigner; Henry Hind is an Italian citizen: Henry Hind sacrificed all for Italy, and especially for our beautiful Naples, which he loved so much that even when he had an accession of fortune he never entertained for one moment the idea of leaving us.  ...  And Henry Hind, after 15 years spent amongst us, and during which period he is proved by searching evidence to have been a hard-working, struggling, modest and always honourable man, even under circumstances which would have discouraged stronger hearts, Henry Hind is foully murdered – murdered in such an atrocious mode that it has sent a thrill of horror through every heart and every soul.”

There was much more, in a similar vein.   Professor Pessina had risen to speak at 11 o’clock and completed his address at 5pm, when he was loudly applauded.

As the trial went on, there were large crowds outside the courtroom:  these may have been assembled by the Camorra in an attempt at jury intimidation.   Things got rather heated, and there was such an anti-English sentiment that a planned visit by some ships from the British Navy had to be postponed.

The trial lasted for 10 days, and Paesano was found guilty of complicity in the murder.   He was sentenced to 16 years hard labour, then 5 years police surveillance.

There was much protest from the English at the leniency of the sentence. 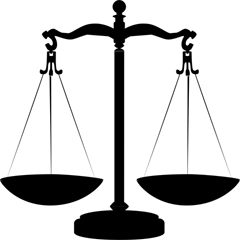 Henry had died childless and his land was inherited by his cousin, another Henry, the father of the Hind Sisters.

In 1897 the Hind Sisters sold part of this land to the Cropstone Land Society.

Details of the murder and trial were obtained from contemporary newspaper reports, mainly: